Climate change is a reality today. About 10 years ago, only a large international panel of scientists believed it was happening. For a long time, many of the authorities were skeptical about it. They didn’t reckon that we have exceeded the quantity of greenhouse gases that our atmosphere can absorb. Such gases like water vapor, carbon dioxide and methane have rapidly increased around us that they are now trapped within our atmosphere, causing global warming. Much of the heat is caused by the suspended carbon dioxide released from burning of fossil fuels.

Nobody would’ve thought that the climate would have shifted like it did. As a result, we’ve experienced extreme drought and cold in unexpected time of the year. Throughout the year 2010 until the present day, threats of natural disasters put many lives at risk on account of climate change.

Climate change affects everyone and everything, including us and the biodiversity around us. Our agriculture depends on the seasons of hotness and moisture. From what we have observed in the past, these seasons have been altered already. Periods where the sun is expected to shine on the crop either become so intense in temperature that it dries up both the land and the crop or, rain simply floods the whole agricultural land. Also, we were infested by unfamiliar bugs that seem to be new in our eyes. They eat up and destroy the trunks of trees and plants where we depend on our forest and agricultural products.

Evidently the negative impacts to human beings of climate change flaunt before our eyes. However, destructive effects were actually experienced first in biodiversity. A slight increase in temperature can affect the survival of some animals and plants which have specific temperature requirements. They depend on specific ecosystems that when variables change, some simply die out. Others that are more resilient may adapt to a hotter weather, and are able to continue reproducing and occupying new areas.

Some organisms adapt by searching for new territories that can meet their standards for living. The insects are more resilient compared to other groups in the animal kingdom. Some can easily go down to domesticated places where we humans live and find new breeding grounds there.

This migration is naturally an adaptive mechanism of these creatures. It’s true for other groups such as mammals, birds, fishes, reptiles and amphibians and many others. We all have a need to find an environment that can support our survival. Climate change has altered the distribution of these specific environments. What once existed only on top of a mountain could now be found in a habitat down the land.

With our climate getting hotter, repercussions in biodiversity and our environment are inevitable. The warming climate has also shifted the time periods of our seasons. And they are happening in a faster rate than supposed to be. As a nation, we have adapted by creating initiatives and laws that would protect human lives and our natural resources.

Around the world, climate change resiliency programs have also been prepared and being agreed upon for the commitment of all nations.

Instead of dreading the horrific consequences of climate change, we are all called to take action that would help lessen or at least slow down those effects. The small things that each of us can do to contribute to the big initiatives are important and, all together can save human lives and natural resources.

Biodiversity can be on our side when we are in control of their natural distribution and abundance. However, they could endanger us when spread randomly and intrude with our occupied space. Being the stewards of this planet, it is best that we provide them the habitat they need and protect their natural survival requirements. You must have recognized by now that man and biodiversity must live in balance to be able to benefit from each other’s existence. Indeed, it is achievable only that we need to do our part.

Related articles across the web 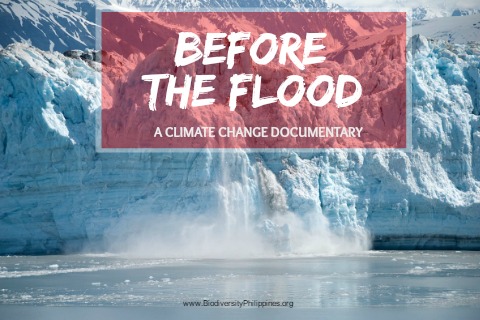 Before the Flood: A Climate Change Documentary